The Tyrolean company Smartpark develops systems for the wireless transmission of DMX signals to control lighting technology. The LumenRadio CRMX DMX radio controls transmit and receive signals over a distance up to one kilometer. They work in the 2.4 GHz band and are used, for example, for film shoots, where they replace time-consuming cabling. With a runtime of up to 12 hours, they make life much easier for the crew, especially when shooting outside in inhospitable areas.
In addition, with the Apollo Bridge, Smartpark has also developed an integrated lighting ecosystem with an open architecture that makes it possible to mix, adapt and easily control DMX lights of any brand via an app. Smartpark also installs audio and lighting technology themselves. For example, the company has implemented a system in the Schalke Veltins Arena Gelsenkirchen that controls the sound system for the entire stadium via an iPad and monitors all other systems such as uninterruptible power supply and air conditioning.

EMS overseas did not work

In the beginning, Smartpark made the boards for its systems by hand. A good 150 boards were painstakingly handcrafted, because the Smartpark circuit boards are very small and double-sidedly assembled with tiny components. The systems soon sold so well that CEO Florian Steixner had to look for alternatives. First attempts with EMS providers for third-party production overseas were unfortunately not satisfactory. “During the test run in China, our LCD displays suddenly had red backlighting instead of white, and other components were also replaced without asking,” Steixner recalls. “The EMS in other overseas countries also did not meet our requirements. In tests with 600 boards, we only received 500 assembled and then a few semi-assembled and empty circuit boards. 200 were wrongly equipped at all,” continues Steixner. So a local EMS service provider was needed.

“MCI Innsbruck then recommended TELE Haase in Vienna and after a successful test run and the first production runs, we have been very satisfied here since the beginning of 2018,” said Steixner. TELE produces in the 23rd district of Vienna and specializes in the production of small and medium quantities. For every customer there is a competent contact person who not only knows his way around, but also quickly and easily responds to special requirements.
“Back then we simply wrote an email and were called back immediately. Then we sent the necessary production data and our TELE contact person sent us a suitable offer. Since then, the cooperation has been running smoothly and we regularly produce series between 60 and 500 pieces,” Steixner explains the proven process.
Production at TELE is of course somewhat more expensive than in China, but the quality of the highly integrated, sometimes just 26 x 16 millimeter small modules fits. “It very rarely happens that one of the tiny components is faulty. Otherwise, the error rate is almost zero,” says Steixner

Smartpark has relied on TELE-EMS since 2018 and has the highly integrated circuit boards for its systems in TELE production assembled, soldered and tested in Vienna. “We are currently discussing whether we can also outsource the final assembly of the circuit board, heat sink, connector and housing to TELE. The programming of the system by TELE is also under discussion,” said Steixner. Smartpark is very satisfied with EMS at TELE. Why? “The most important thing at EMS is to have someone you can call to ideally discuss something in German,” Steixner is convinced. “You just need a contact person who knows what he’s doing. And that’s why we are glad that we have found a European company in TELE Haase, with which we can communicate on an equal footing and which delivers quality ‘made in Austria’.”
https://www.smartpark.at/ 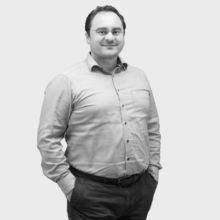 Can I help you?

Please do not hesitate to contact me!
We are constantly working on improving our website for you. Support us by agreeing to the use of cookies. More Info
Decline Accept